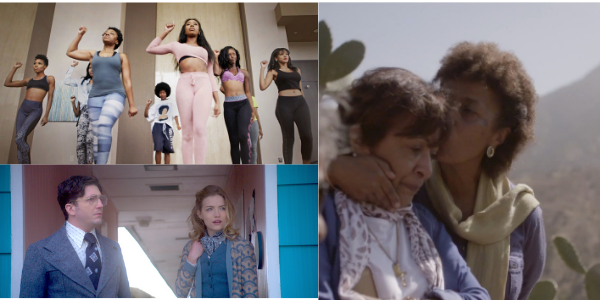 “It is always challenging to choose awards but this was an especially difficult year,” said Programming Director Andre Seward. “All of the films in our program are amazing. That being said, we want to highlight the handful of films that made the biggest impression on us.”

The inaugural award of $5,000, as well as a $15,000 camera rental package from Panavision. The award was given to FINDING SALLY, directed by Tamara Dawitt, and produced by Isabelle Couture. The award was presented by jurors David Parks, Brandon Wilson, and Kate Gondwe. An Honorable Mention was awarded to Many Fires This Time: We the 100 Million, directed by Jason RA Foster and produced by Michael “Quess?” Moore and Jeremy Liu.

The 2021 DOXX Award for Outstanding Documentary, given to a documentary directed by a female-identifying filmmaker, was awarded to SUBJECTS OF DESIRE, directed and produced by Jennifer Holness. This award comes with a $5,000 cash prize.

Part competition film, part recollection of Black women’s history in North America, the documentary takes on a stunning array of topics around Black women and Black female beauty, from the origins of the Miss Black America pageant, to the dominant stereotypes of Black women as Mammys, Jezebels, and Sapphires, to white appropriation of traditional Black features in the age of Instagram and plastic surgery. During the course of the film, we both fall in love with the pageant contestants and their stories as well as gain knowledge from experts who provide enlightening historical and cultural context for their experiences.

Subjects of Desire is a compelling antidote to the omnipresence of white beauty in Western cultural spaces. We congratulate Jennifer Holness on her powerful work and authentic authorship in the telling of this story and hope that it will be seen by many, especially our young people – especially women-identifying – the ones who need it most.

Outstanding Editing:
A Machine to Live In directed by Yoni Goldstein and Meredith Zielke