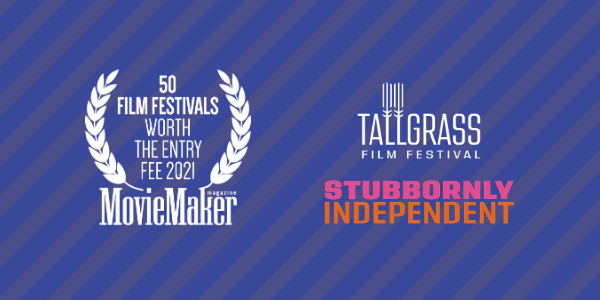 MovieMaker Magazine today announced that the Tallgrass Film Festival has been named one of MovieMaker’s 50 Film Festivals Worth the Entry Fee in 2021, a year that nearly everyone expects to be better than the one before.

MovieMaker determined the winners of the annual list using festival surveys, filmmaker testimonials, and independent research. The full list of festivals can be found here.

“I expect film festivals to come roaring back in the coming months — but smartly, and safely, balancing our love of film with our top priority, protecting everyone’s health,” said MovieMaker editor-in-chief Tim Molloy. “These festivals have supported their communities, audiences, and filmmakers with never-give-up innovations to celebrate our love of movies. Some of the things they perfected in 2020, like virtual screenings, are here to stay, even for festivals that return to in-person, indoor showings.

“But we didn’t just choose these festivals based on their handling of the pandemic. They made this list by proving themselves to be of serious value to the next generation of moviemakers, through awards, prizes, distribution deals, and meetings with future collaborators and friends.”

Tallgrass is honored to be on this list for the seventh time.

“The festival rolls out a green, not red, carpet for independent moviemakers, and makes sure they never feel lost in the tall grass: Visiting filmmakers consistently say it feels like “a filmmaker’s festival’ with outstanding hospitality that is comparable to festivals in larger markets,” says director of programming Nick Pope. “That hospitality includes assistance with airfare, travel, and lodging, and more than $20,000 in prizes. Tallgrass hands out Golden Strand awards for the best work in several moviemaking categories, and hosts a DoXX competition for female-directed documentaries, as well as the Stubbornly Independent competition for a domestic narrative feature produced for less than $500,000, and our newly introduced Gordon Parks Award for Outstanding Black Filmmaker.”

Tallgrass is now accepting submissions for the 19th Annual Tallgrass Film Festival on Film Freeway. The early bird deadline runs through Monday, May 3rd. Learn more about submitting your film, including a detailed list of our prizes and awards here.