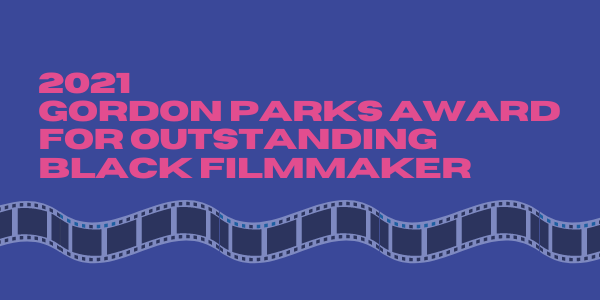 Tallgrass Film Festival is excited to be adding a new cash prize to our 2021 awards line-up, The Gordon Parks Award for Black Excellence in FIlmmaking. This award was created in partnership with David Parks, son of Gordon Parks, with support from the Kansas African American Museum, Shocker Studios, Wichita State University Office of Diversity & Inclusion, and the Wichita Branch NAACP.

“It is an honor to have a film award as a tribute to the unique and gifted Gordon Parks,” said David Parks. “Gordon Parks was compelled from the conception of a film idea to its final edit to always give his best. He worked relentlessly and was so dedicated to perfection. One of Gordon’s goals was to produce quality work regardless of the budget. I wish he was alive to judge and present the first Tallgrass Festival Film award to a deserving filmmaker who treasures and respects the art of filmmaking.”

The Gordon Parks award winner will receive a $5,000 cash prize, as well as a spotlight screening at the 19th Annual Tallgrass Film Festival (October 20-24, 2021) . The selection committee will include David Parks as well as prominent guest jurors and Tallgrass alumni, to be announced. Filmmakers are encouraged to submit projects to this category with no fee, assuming it meets requirements.

Details and requirements for eligibility are listed below. To submit, visit Tallgrass Film Festival on FilmFreeway here.

To be awarded to a feature-length film with no traditional distribution deal at the time of the festival. Open to films of any production budget from any country. Awarded to any director that self-identifies as Black, African-American or African-Diaspora. A selection of films will be nominated for an evening screening, and the winning film will be voted on by a select jury. In addition to the Spotlight screening, the jury selected film will also receive a $5,000 cash prize. All nominated films will automatically be accepted as an “in competition” screening in the festival and will be eligible for the Best Narrative Feature Audience Award and The Golden Strands Outstanding Narrative Feature Film Award selected by the Festival Programming Committee.