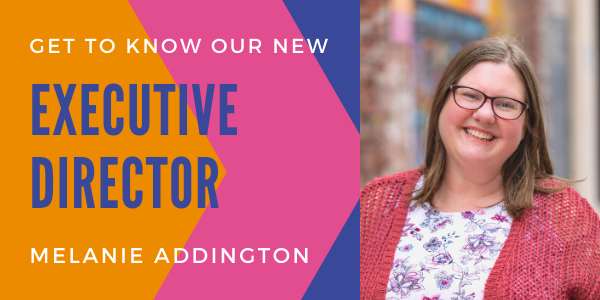 Tallgrass is ecstatic to announce the hire of Melanie Addington as our new Executive Director.

Melanie has worked in the film festival world since 2006, first as a volunteer, and then eventually becoming the Oxford Film Festival Executive Director in August 2015. She used to be a reporter for the Oxford Eagle (a community newspaper) and then Pizza Magazine Quarterly (Global trade magazine). She still loves pizza. She is from Southern California originally but lived in the South for 20 years. She has family in Wichita and considers it a great new home. She also writes, directs, and produces films. She is married and has one son.

Get to know here a little better below!

Favorite restaurant in Wichita (so far!):
Eggcetera but I have a ton more to try soon.

What you love about film festivals:
Spirit of discovery and seeing some of the best stories there are and meeting filmmakers.

What excites you most about joining the team?
For those in Wichita that don’t know, Tallgrass is beloved in the indie film world – getting to join this team and help shape its future is absolutely a dream!

What makes you stubbornly independent?
I would say everything pretty much sums up my stubborn independence. My determination, will, and courage is something that has served me well in producing films. Being a Type A woman, I take the phrase stubborn as a compliment!

Melanie will officially join us in Wichita at the beginning of May. If you are interested in reaching out to her to say hello, share recommendations of Wichita must-sees, or want to talk about getting involved with Tallgrass, you can reach her here.