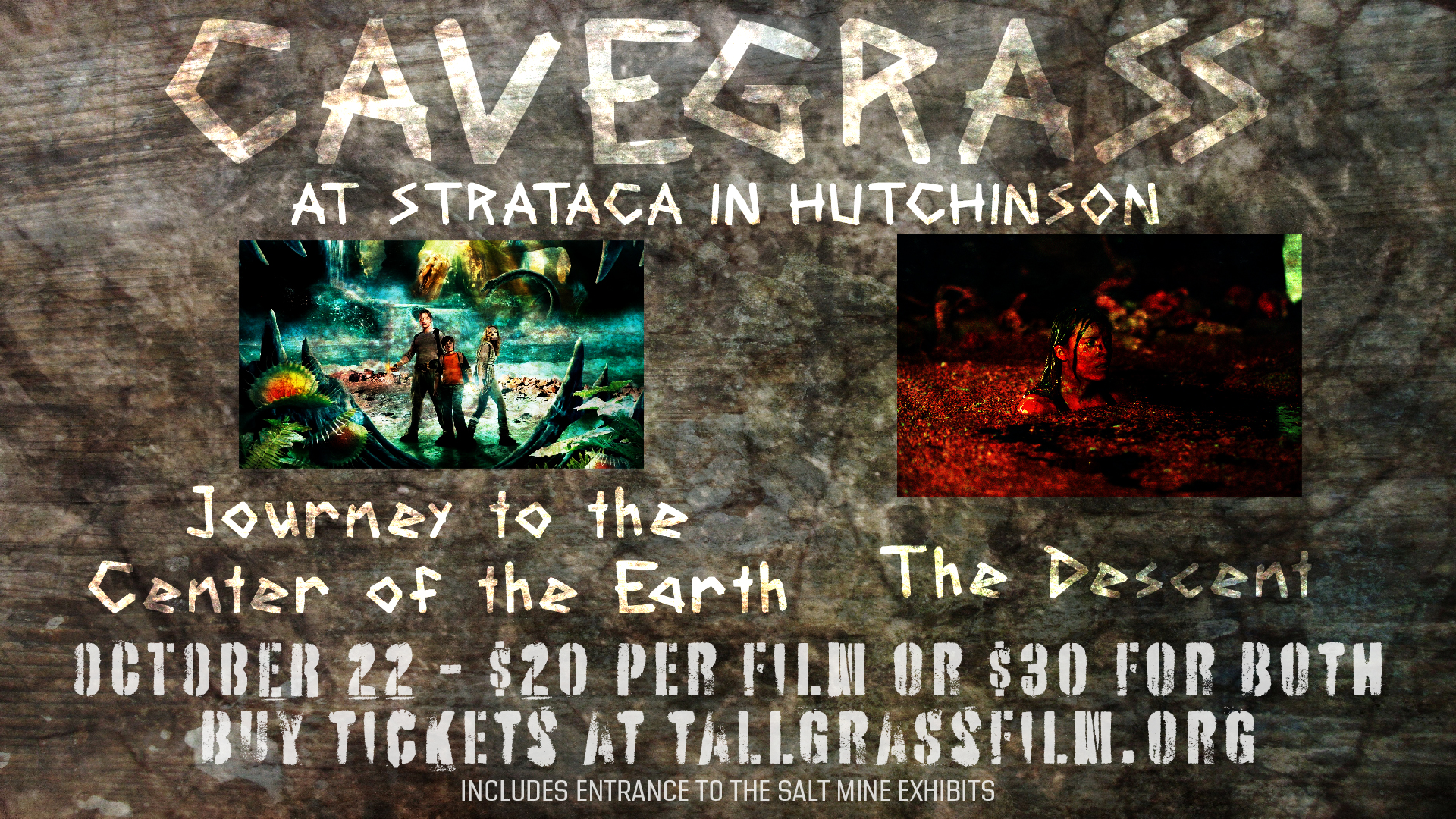 Join us in Hutchinson for a very special cave themed film day at Strataca on October 22 with two great films playing. Tickets are $20 for one film or $30 for both. Either ticket type includes access to the Strataca exhibits 650 feet underneath the surface.

Journey To the Center of the Earth at 11 am (or after everyone gets down the elevator) On a quest to find out what happened to his missing brother, a scientist, his nephew and their mountain guide discover a fantastic and dangerous lost world in the center of the earth.

The Descent plays at 2 pm. After a tragic accident, six friends reunite for a caving expedition. Their adventure soon goes horribly wrong when a collapse traps them deep underground and they find themselves pursued by bloodthirsty creatures. As their friendships deteriorate, they find themselves in a desperate struggle to survive the creatures and each other.